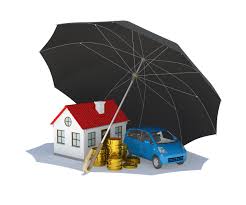 A third party administrator (TPA) manages the claims for filing and overseeing Nationwide windshield replacement and auto glass repair claims. Glas Tek is an approved participant for doing the actual glass work and must follow the strict warranty and safety standards set forth by Nationwide. Glas Tek must also honor the contract pricing guidelines established by Nationwide, which establishes that Nationwide clients never pay out-of-pocket costs.

Nationwide now requires that their policy holders file claims for any windshield replacement or repair over the phone. The easy thing about this is that Glas Tek directly sets up the conference call between clients and Nationwide. After this process, Glas Tek receives the approval to begin the windshield replacement or repair and customers are good to go!

The conference call with Nationwide lasts about fifteen minutes. The Nationwide representative always begins by informing the customer that the call is being recorded and/or monitored. This protects the customer’s interests in several ways, ensuring they can track information if needed.

The questions asked during a Nationwide windshield replacement claim process are as follows:

-What is your name?
-What is your Nationwide policy number?
-When did the damage occur? If the date is unknown, when did you first notice the damage?
-Did any other damage or loss to the car occur?
-The representative will now state that the client needs to provide some personal information to verify identity, etc. The representative will also offer a chance to change phone lines for security reasons.
-What is your birthday?
-What zip code appears on your policy?
-What kind of car do you drive, and please include the year, make, model.
-If the damage happened during a car wreck, who was driving?
-What state did this happen in?
-What type of damage happened?
-Can you give a description of the damage?
-Do you understand that Nationwide may require an inspection of the damage before any replacement or repair occurs? (This may mean a delay in the claim because of an adjuster’s schedule. The adjuster comes to the house or workplace of the Nationwide client.)
-The phone representative then verifies the glass coverage.
-What is your email address?
-Nationwide will verify Glas Tek as their Nationwide windshield replacement and glass repair company.
-Glas Tek receives a referral number under which to bill Nationwide.
-Glas Tek books an appointment for repair.

Customers have reported that this claims filing process works well and quickly. They also report great satisfaction with the work done by Glas Tek.

Nationwide is a leading American insurance company that protects drivers across this great nation with dependable and affordable policies. The Nationwide windshield replacement and auto glass repair policy is an example of their great customer care. Hiring third party sources to handle these claims means the works is processed quicker with a higher rate of efficiency in terms of research into what is needed. Quick repairs saves the client and Nationwide money all around. Plus, Glas Tek is backed by Nationwide insurance so working with Glas Tek gives you peace of mind.

Another excellent reason to do business with Nationwide is that they command a stellar reputation as a leading insurance company for drivers and more in the United States. Call the company for a quick discussion about what they can do in terms of cost cutting policies.